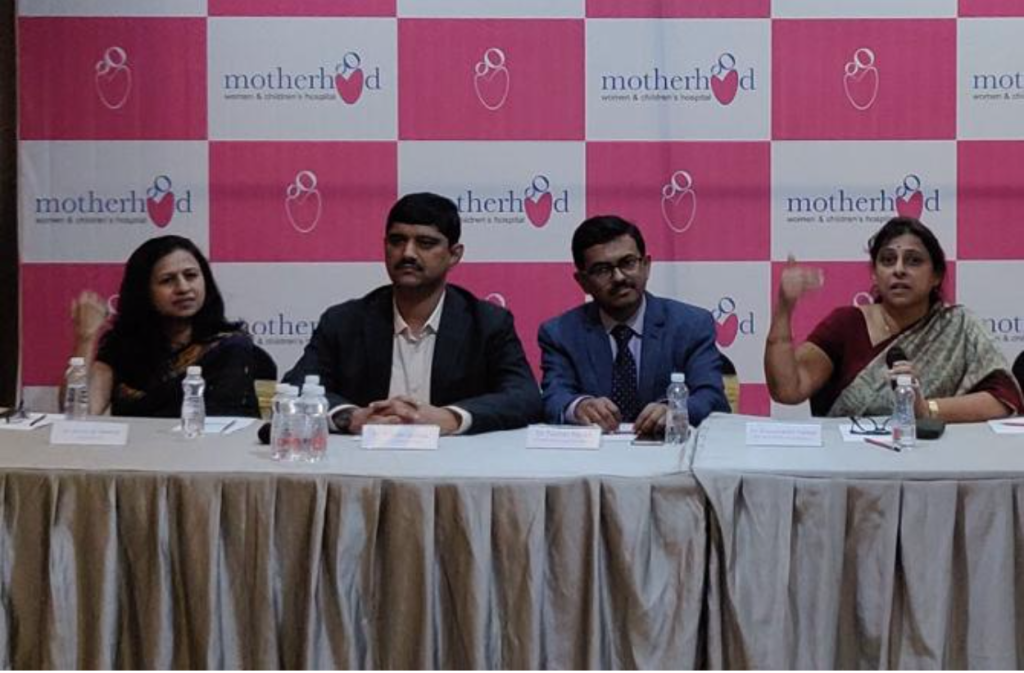 The doctors at the at Motherhood Hospital in Kharadi helped a newborn baby girl breathe freely by initially removing fluid from the cyst that was present in her left lung.

A team of paediatric surgeons operated on an a-day-old baby born with a congenital defect, wherein she had fluid-filled cysts formed in the lung cavity. It was a delicate and critical surgery wherein the survival and later the prognosis of the baby could have been compromised.

The doctors at the at Motherhood Hospital in Kharadi helped a newborn baby girl breathe freely by initially removing fluid from the cyst that was present in her left lung by aspiration process and later performing a lung lobectomy (a surgery to remove one of the lobes of the lung) immediately a day after birth. The baby has now been brought home and is doing well.

Dr Rajeshwari Pawar, Gynaecologist –Obstetrician at the hospital in Kharadi, told mid-day, “The baby was diagnosed to have a Type 1 Congenital Cystic Adenomatoid Malformation (CCAM). It is a developmental defect where there is a benign lung lesion that appears before birth as a cyst or mass in the chest. It is also known as Congenital Pulmonary Airway Malformation (CPAM). The macro cyst present on the left side of the segment of the lung affected the lung tissue pressed the heart vessels and shifted the heart from its normal position, thereby occupying a lot of space in the chest. This type of CCAM happens 2 to 3 in 1, 00,000 live births. If left untreated, it would have compromised the growth of the underlying healthy lungs and would have become unusable. Likewise, heart compression could have invited foetal heart failure. A decision was taken to operate upon the baby immediately after birth and the couple was referred to Dr Pranav Jadhav, Paediatric Surgeon, for further counselling.”

At the sixth month of pregnancy, the sonographic weight estimated of the fetus was 964 gms, and thus a decision was taken by the fetal medicine consultant Dr Rajeshwari to aspirate the fluid from cyst with a fine needle through a sonographic guided procedure after anaesthetising the fetus with an intramuscular injection in the fetal thigh muscle so that she(fetus) doesn’t move. “It was a delicate procedure which posed a high risk to the life of the baby. The procedure was successful and was done thrice and substantial fluid from cyst was removed. But the cyst recurred, and then Shalini, the mother of the child, was continuously monitored from sixth to the ninth month of pregnancy, every week by Dr Pranav and me,” said Dr Pawar.

Dr Tushar Parikh, Chief Neonatologist at the hospital added, “A multidisciplinary counselling was given to her and after that, a baby girl Ruchika, weighing 2.5 kg was successfully delivered on December 13, 2019. The baby was shifted to the NICU as she encountered difficulty in breathing and had to be given continuous positive airway pressure therapy (CPAP), to help her breathe easily, and expand the lungs. Once, the baby was stabilised, a lung lobectomy surgery was performed on the second day of birth by Dr Pranav Jadhav and Dr Kalpesh Patil (Paediatric Surgeons), which took an hour. It is a delicate and complicated procedure to remove the lobe of the lung that is the portion of the diseased lung. The baby was growing well and has been accepting feeds very soon after surgery,” added Dr Pranav.

“When we came to know about the cyst that was present in the foetus, we were taken aback. But we didn’t panic, and stayed strong as being pregnant, the doctors advised me not to stress,” said Shalini.

A series of tests were performed on the baby after which she was diagnosed with CCAM. After getting discharged, we also went for follow-ups, and the baby is fine now and accepts feeds. Our lives have completely changed after the arrival of our baby, and we are extremely happy and blessed,” expressed Shalini.